Hedge funds are not performing very well so far this year but it has not stopped wealthy hedge fund managers from buying expensive real estate like the penthouse in Manhattan that has a spectacular sweeping vista of the Hudson and the East River.
Posted by robwire at 9:15 PM 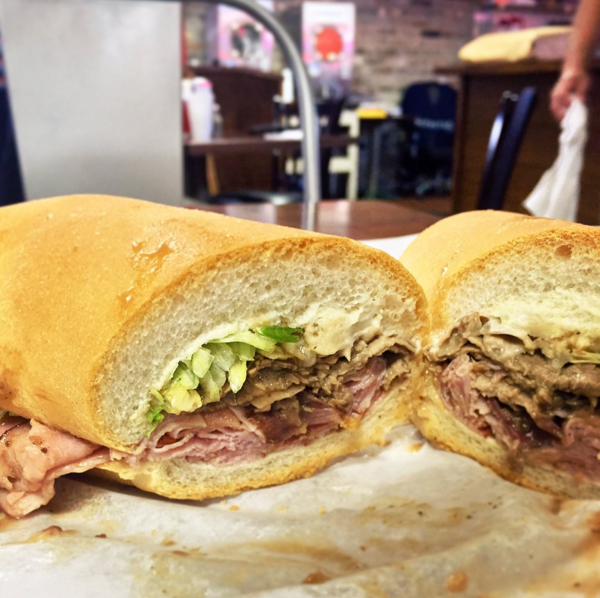 The View From Pluto | The American Conservative

The View From Pluto | The American Conservative: Richard Grant, an Englishman, and his girlfriend Mariah moved from Manhattan to the rural Mississippi Delta. Culture shock? It was more like culture electrocution — but he likes it there. Excerpt from the short essay he wrote in the New York Times about it:
Posted by robwire at 5:24 PM

“First and foremost are the concerns about the slowdown in China,” says Chad Hart, ag economist at Iowa State University. “China represents a sizable majority of our soybean exports out of the U.S., so any sort of slowdown in China definitely has a ripple effect in the soybean marketplace.”
Posted by robwire at 5:21 PM

How to Market Your Grain Right Now | Agweb.com

How to Market Your Grain Right Now | Agweb.com: “As a farmer, you want to go into a USDA report with everyone expecting it to be extraordinarily bearish, so we’ve got that going for us,” said Angie Setzer, vice president of grain for Citizens LLC, speaking on U.S. Farm Report. “When you go into a report expecting some extreme bearishness, the numbers are really going to have to be bearish to see the next leg down.”
Posted by robwire at 5:20 PM

Statewide workshops address fair farmland rental agreements - Hutchinson Leader: Business: Average corn and soybean budgets for cash-rented farmland will be unprofitable, according to projections based on currently available input costs and market prices for 2016.
To assist agricultural landowners, renters, agri-business professionals and others, University of Minnesota Extension educators will present 44 “What is a Fair Farmland Rental Agreement?” workshops throughout the state during November and December, including in Hutchinson, Litchfield and Willmar. No registration is required.
Posted by robwire at 3:12 PM

Future of 2 local dairy farms in danger - News - Times Telegram - Herkimer, NY: Two Newport dairy farms risk closing in the near future if they can’t find a new buyer for their milk.
Hayes View Farms and a neighboring farm owned by Gordon Edwards Sr. were told last month that they would be dropped by their buyer, Midland Farms of Menands, in 30 days, said Frederick Hayes, who farms Hayes View with his brother.
That 30 days ends Thursday, and neither farmer has found a local buyer or a farmers’ co-op willing to take them on, said Hayes and Gordon Edwards Jr., who works the farm with his father.
“Right now in New York, there’s a surplus of milk so there’s no companies picking any milk up, no new milk. There’s an abundance of it,” Hayes said.
Posted by robwire at 3:10 PM

A Scorching Earth Threatens U.S. Agriculture - Truthdig: A deadly mix of prolonged drought and wildfire, driven by climate change, could do more than just lay waste to crops and woodland in the western US. It could scorch the earth and trigger ever greater levels of soil erosion.

Joel Sankey�a researcher at�the US Geological Survey, told the Geological Society of America’s annual meeting in Baltimore, Maryland, that by 2050 an increase in wildfires may double soil erosion in some western states. As a consequence, soil would blow or be washed into water courses.

He and his colleagues used computer models to see what projected increases in wildfire could do throughout the West in the first half of this century.
Posted by robwire at 3:09 PM

Who will buy our crops in 2016?: China and Japan, both big buyers of U.S. crops, have economic stimulus plans that are either already in place or coming soon. That will weaken the buying power of their currencies. Brazil's economy also is weak, and the lower real makes its soybeans less expensive to Chinese buyers than those from the U.S., thus capturing a larger share of that market.

"The big impediment to exports is the weak global economy. There is little reason to believe strong exports will pull us out of the low prices we have now," says Philip Abbott, an ag economist at Purdue University. "I think next year is not going to be a big export year."
Posted by robwire at 2:13 PM

Memphis logistics industry in growth mode: Memphis-based FedEx Corp. expects to grow through acquisition of TNT Express and hit full stride in its program to increase profits by $1.6 billion a year.

A wider Panama Canal could start changing flows of ocean freight destined to move through Memphis' far-reaching distribution and logistics network.
Posted by robwire at 11:24 AM

Outside Commander’s Palace, a giant gift-wrapped package is displayed for well-wishers to sign birthday messages for Brennan. Inside the foyer, a life-size cutout of Brennan greets guests.

In the Commander’s Palace dining room, quotes from Brennan are printed on cards as conversation starters.
Posted by robwire at 11:24 AM

New Orleans' Treme Creole Gumbo Fest to serve a spread of gumbos, brass bands | NOLA.com: Gumbo pairs nicely with the cooler temperatures of autumn, and the flavors of live local music work well with any season.

Hungry crowds can find these New Orleans staples when the annual�Treme Creole Gumbo Festival returns to Louis Armstrong Park this November, serving up a rich array of gumbos and brass bands.

The eighth annual fest, set for Nov. 14-15 from 11 a.m. to 7:15 p.m., sticks to the same recipe as past years' fests, but with a new traditional gumbo competition plus more food vendors and a larger arts market.
Posted by robwire at 11:23 AM

Advice from Grandpa keeping many farms in business | Ohio Ag Net | Ohio's Country Journal: There are a number of reasons farmland will change hands over the next few years.

After seeing a windfall in agriculture prices in recent years, many young farmers who tried their hand in the unforgiving industry may have to move on to other ventures as the ag economy calms. For that same reason, many older farmers may also be thinking it is high time to call it a career as well.

On the other hand, one invaluable reason that some farms will remain operational over the next few challenging years will be the wisdom of that older generation, who wouldn’t wish what they had to endure in the mid 1980’s on their worst enemy.
Posted by robwire at 11:14 AM

Since 2012, the Century Farm Program has recognized Arkansas farms of 10 acres or more owned by the same family for a century or more.

“It isn’t easy to take care of a farm, let alone pass one down from generation to generation,” Gov. Asa Hutchinson said in a news release. “Agriculture is the top industry in Arkansas, and I am committed to supporting it and helping it grow, as are Century Farm families.”
Posted by robwire at 11:13 AM

New U.S.-Cuba relationship needs to be two-way street: US trade expert | Rice content from Delta Farm Press: The Obama administration’s efforts to restore normal trading relationships with Cuba could have “enormous” benefits for U.S. farmers and agribusinesses that could use some new markets for their products now.
Posted by robwire at 11:11 AM

We have added a new section of real estate news stories that is being published twice daily on the Paper.Li network.

Looking downstream for more cotton demand | Cotton content from Southwest Farm Press: I have written and spoken a lot recently about the unfolding supply picture for U.S. and world cotton. This is the natural time of year to have those kinds of discussions.

But I have noticed that my and others’ conclusions are usually the same: Yes, USDA will probably cut a little more at their current U.S. production estimate. Yes, USDA is probably overestimating India’s supply. Yes, the supply picture is likely tighter.

But the bottom line is usually the same forecast for ICE cotton futures in the same 62 cent to 68 cent range.�
Posted by robwire at 8:34 AM

Will USDA Boost Yields on Tuesday? | Agweb.com: Bigger corn and soybean yields are likely in store for USDA's November reports, which will be released Tuesday.�
Posted by robwire at 8:05 AM

Wake Up Call Allendale Advisory Center: Grain markets are mixed�ahead of tomorrow's USDA Supply and Demand Report.�The US dollar will likely offer influence to commodity prices this week as well.

Tomorrow at 11:00 AM CST, the USDA will release its monthly Supply and Demand report. �Average analyst estimates have corn endings stocks at 1.597 billion bushels, soybeans at .436, and wheat at .877.
Posted by robwire at 8:04 AM