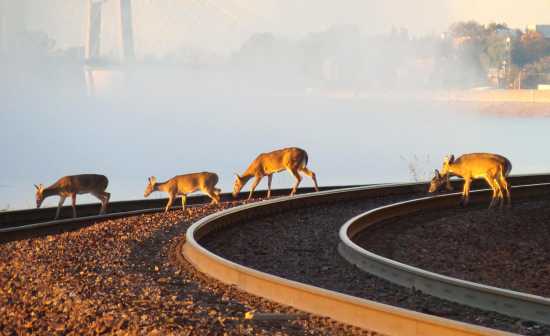 She said she went down to the Cape Rock Drive area as she normally does, hoping for landscape shots.
"I thought that there would be a lot of smoke on the waters right there like there usually is," she said. "I started walking around the track around the bend where the bluffs are, and these deer came out, went across the railroad tracks and then ... they disappeared."
She photographed them walking across the railroad tracks, then went for a closer look.
"I just noticed them getting into the water, and I got it on video," she said.

Golden State Warriors vs New Orleans Pelicans Preview - VAVEL.com: For the second time in the NBA's opening week, the�New Orleans Pelicans�are faced with the daunting task of putting their under-manned roster against the NBA champions�Golden State Warriors.�In the first meeting last Tuesday, the Warriors received their rings in front of an adoring crowd at Oracle Arena, and proceeded�to run roughshod all over the Pelicans behind reigning League MVP�Stephen Curry�and his 40-point, six-rebound, and seven-assist performance. However, on Saturday evening, the Pelicans host the Warriors in their respective home opener and seek a different result.
Posted by robwire at 8:57 PM Links to this post

New Orleans Saints take on Giants | isportsweb: The New Orleans Saints take on the New York Giants at the Mercedes-Benz Superdome at noon. The Saints have looked hot in their last two games (both wins) against the Falcons and the Colts, respectively. So, should we expect more of the same or will the Saints slip back into their undisciplined mode of play that defined their three loss start to the season?
Posted by robwire at 8:57 PM Links to this post

ADVERTISING
�
The three-day festival is always held Halloween weekend in New Orleans. This year it has started on Friday, October 30 and will continue through Sunday. Four separate stages have been set up at City Park Festival Grounds, each of which boasts continuous performances throughout the weekend.
Posted by robwire at 8:56 PM Links to this post

The Tennessean (http://tnne.ws/1MZiyWq ) reports about 6,100 mentors had volunteered to work with the next class of Tennessee Promise students by Thursday morning. That leaves about 3,000 more needed in three weeks. To reach the goal, a team of recruiters is crossing the state for a blitz of events and speeches.

The scholarship program provides two free years of tuition to community or technical college. Gov. Bill Haslam has said more mentors could be a key to the success of the program's second year.
Posted by robwire at 5:22 PM Links to this post

Jimmy Carter to participate in Memphis home-building project - AOL: Jimmy Carter will participate in a Habitat for Humanity build on Monday in Memphis after the cancellation of an international project featuring the former president.
The Atlanta-based charity announced the one-day project on Saturday. Carter previously planned to volunteer during a weeklong build in Nepal after getting approval from doctors treating his cancer.
Habitat officials canceled that trip in early October, citing supply shortages and civil unrest in the region.
Posted by robwire at 5:21 PM Links to this post

The Tigers overcame those injuries and played well enough to put up a fight against No. 19 Mississippi before losing 27-19 on Saturday.

Even with White’s status uncertain until pre-game warmups, he managed to throw for 258 yards and his first career touchdown, while getting occasional help from ex-starter Jeremy Johnson. Junior college transfer Jovon Robinson ran for 91 yards in his first significant action with Barber limited to eight carries.
Posted by robwire at 5:20 PM Links to this post 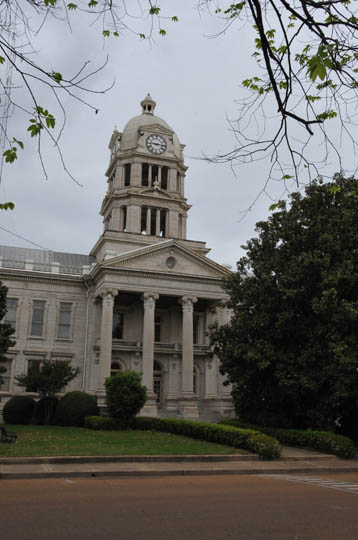 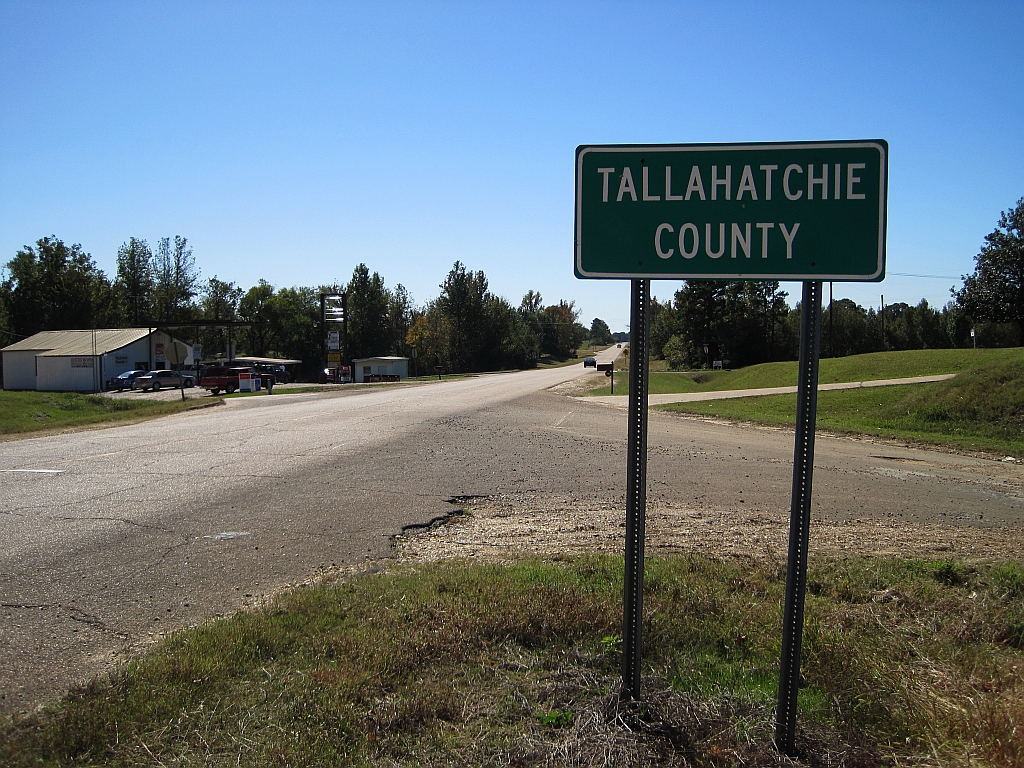 Farm business weekly review: South American weather and Chinese demand could spur rallies into the end of the year but modest expectations are in order.
Posted by robwire at 4:10 PM Links to this post

Commodities Screech to Halt As Dollar Hits 10-Week High - Corn - News | Agweb.com: Commodity markets had a tough time rallying due to outside market movement including a 10-week high for the dollar.

“This past week especially, a lot of the market movement had more to do with the dollar movement and foreign currency movement than fundamentals,” says Chip Nellinger of Blue Reef AgriMarketing.

Issues coming out of Europe, including the possibility of more quantitative easing, combined with the possibility of raising interest rates in the U.S. caused “wild fluctuations” in the dollar resulting in a halt for the commodity markets according to Nellinger.
Posted by robwire at 11:31 AM Links to this post

Lack of Selling Could Come Back to Haunt Farmers | Agweb.com

Lack of Selling Could Come Back to Haunt Farmers | Agweb.com: Farmers are holding tightly onto new crop corn and soybean supplies in hopes of higher prices returning in a post-harvest rally, but the herd mentality to marketing could come back to haunt farmers later, Jerry Gulke, president of the Gulke Group, said on Farm Journal Radio's�Weekend Market Report.

“The thing to do last year was to not sell grain at harvest and hold it into the post-harvest, and in November we made the highs,” Gulke said. “But this year, everybody knows that that’s the thing to do, which bothers me a little because the majority are seldom right in total. They can move markets for a while, but I am concerned that everybody out there is going to store for higher prices. Whether we can get those higher prices like we did last year or not, I don’t know.”
Posted by robwire at 11:31 AM Links to this post

Toting fishing poles to their favorite lake on a recent Friday morning, Libby Tayler and Marie Vazquez had no idea they were passing through history on their way to casting for bass and bream.
The gate they walked around blocked the former entry to Epping Forest Manor, an estate once owned by a wealthy cotton merchant and famed big-game hunter. Farther down the pavement, the two women passed the crumbling slab of the former home and the weed-enveloped tennis courts that were used after the property became a private club. The club's old swimming pool has long since been filled in.
http://www.sfgate.com/news/article/Fabled-Memphis-tract-to-be-key-part-of-Wolf-River-6602450.php

Posted by robwire at 7:42 AM Links to this post

Veterans paddle down the Mississippi as a form of healing | WREG.com

Veterans paddle down the Mississippi as a form of healing | WREG.com: �"I was born and raised in Milwaukee and was drafted in 1969," said Mark Fox. "When I turned 18 they sent me off to Vietnam."

For Veteran Mark Fox the hardest part of his military career was returning home from Vietnam in 1971.

"How unwelcomed we were," he recalled. "How the press were very negative to us. How the VA and the government wanted nothing to do with us."

Fox and Iraq War Veteran Bart Lindberg are soldiers from two different generations, two different wars.
Posted by robwire at 7:39 AM Links to this post

DTN/The Progressive Farmer: Agriculture Markets, News and Weather: The U.S. grain producer is having another fitful night, his sweat-soaked slumber, though the night air is chilly, interrupted by constant tossing and turning as the recurring nightmare plays out once again in his dreams. Every night the two-headed monster reappears, smashing bins of on-farm grain, ripping and tearing into the producer as he bleeds money. At dawn the monster retreats into the deep recesses of the subconscious, leaving the producer tired as he faces another long, uncertain day.
Posted by robwire at 7:32 AM Links to this post

DTN/The Progressive Farmer: Agriculture Markets, News and Weather: Agricultural bankers are bracing for a wave of farm losses this harvest, but thanks to surprisingly high corn and soybean yields, the washout could be far less than some had predicted only a few months ago.

"Most bankers would describe this as a time of high caution," Michael Hein, chairman of the American Bankers Association ag bankers committee and vice president of Liberty Trust and Savings Bank, Durant, Iowa, told DTN. "We're certainly not in a panic mode, but these low corn prices are putting cash flow and profit pressure on some of our producers."
Posted by robwire at 7:30 AM Links to this post

USDA's Farm Service Agency released a series of maps Friday detailing the range of haves and have-nots when it comes to payments under the Agricultural Risk Coverage program.

While FSA announced more than $3.9 billion in commodity payments starts to go out this week to roughly 800,000 farmers, FSA staff are concerned at least some farmers don't understand the nuances of the ARC-County program. It isn't like the old Direct Payments program because not everyone is going to receive a check.
Link to Article

Posted by robwire at 7:28 AM Links to this post