The country's most severe drought in 35 years has also caused the Brazil's larger and less-populated northeast to lose 49 trillion litres of water each year over three years compared with normal levels, said Nasa hydrologist Augusto Getirana.

Brazilians are well aware of the drought due to water rationing, power blackouts and empty reservoirs in parts of the country but this is the first study to document exactly how much water has disappeared from aquifers and reservoirs, Getirana said.
Posted by robwire at 5:30 PM Links to this post

Allendale Forecasts Slight Uptick in 2016 Corn Acreage | Agweb.com: Planted�acreage of corn �in the U.S. will likely increase slightly by 1 million to�1.5 million acres next spring as corn revenue surpasses soybean revenue,�with the expansion�contingent on favorable corn-planting conditions next spring, according to Rich Nelson, chief strategist for Allendale, Inc., in McHenry, Ill.

“Farmers generally want to plant more corn than what they tell us before planting,” Nelson said during a�Allendale’s Ag Leaders webinar. “In other words, if we have some good weather stretches, of course we’re going to have that active planting for corn, and they will throw a few extra fields in the mix there for corn rather than soybeans. So, best guesses right now, I think we do have to suggest probably a slight increase in corn acreage and a slight decrease in soybean acreage.”
Posted by robwire at 4:22 PM Links to this post 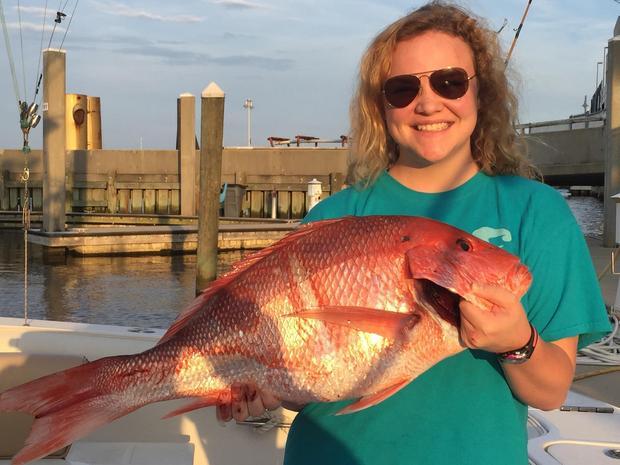 The 2105 recreational red snapper season in Mississippi waters will come to a close on Halloween.
The season opened on July 16 of this year and will close at 11:59 pm on October 31. That means at 12:01 am on Sunday, anglers are no longer allowed to possess red snapper in state waters and will be subject to a fine if caught by the Mississippi Department of Marine Resources marine patrol division in Biloxi.

Posted by robwire at 10:41 AM Links to this post

From Memphis to Malaysia, cotton goes global with new ICE contract | Reuters: A century ago, Front Street, known as "The Street," in Memphis, Tennessee, was home to the world's largest physical cash market for cotton, the king of U.S. commodities.

Now, the revolving door to the trading floor - set up in the aftermath of the U.S. Civil War that bustled with some 70 merchants and once littered with discarded cotton lint - is chained shut.

The former trading hub a stone's throw from the Mississippi river is now a museum, populated with artifacts like cotton grading charts and a chalkboard for writing in the latest prices from a time that has slipped away with advent of electronic futures trading in New York and as India and China surpassed the United States as the world's largest cotton producer.

Now, the U.S. market faces one of the biggest tests of its centuries-old grip on global trade.
Posted by robwire at 10:39 AM Links to this post

Whit Stillman, the Oscar-nominated filmmaker, generally is associated with such urbane cultural centers as Paris (where he lives), Barcelona (also the title of his second movie, in 1994) and Manhattan and its environs (the playground of the hyper-literate, well-educated and generally well-to-do young sophisticates who populate most of his projects).

Posted by robwire at 10:38 AM Links to this post

Better agriculture from the Chesapeake Bay - CSMonitor.com: In the Chesapeake Bay, which includes Maryland, Delaware, Washington DC, Virginia, and West Virginia, there are more than 82,000 farms covering one quarter of the region, according to the 2012 USDA Census of Agriculture. �...
Posted by robwire at 10:36 AM Links to this post

Agriculture Deputy Secretary Krysta Harden Announces New USDA Commitments to Help Build Up Next Generation of Farmers and Ranchers - Bladen Journal - bladenjournal.com: Agriculture Deputy Secretary Krysta Harden has announced a commitment by the U.S. Department of Agriculture to prioritize $5.6 billion over the next two years within USDA programs and services that serve new and beginning farmers and ranchers. Deputy Secretary Harden also announced a new, tailored web tool designed to connect burgeoning farm entrepreneurs with programs and resources available to help them get started.
Posted by robwire at 10:36 AM Links to this post

DTN/The Progressive Farmer: Agriculture Markets, News and Weather
Posted by robwire at 8:11 AM Links to this post

Get Ready To Expand | Agweb.com

Get Ready To Expand | Agweb.com: Farm operations mature in the same way children grow up: gradually. Best-in-class producers who have expanded their footprint understand the value of carefully studying whether growth will help their bottom line or cause it to falter. Executed properly, growth can create efficiencies and open the door to new markets, even in a down economy.
Posted by robwire at 8:08 AM Links to this post

Reading the Basis and Knowing What Your Market is Telling You | ProFarmer: There have been a lot of conversations regarding basis lately. And as expected, depending on the location the article was written in the author may discuss the surprising strength or weakness in current posted values.

Many times as a result of these articles my growers will call in and ask what is happening with current vales. They may be surprised after reading about weakness that our values have remained steady or angry after reading about strength if our values have weakened. As we have discussed before, basis is the best indicator of local supply and demand you can find. The job of the basis is to encourage movement when it's needed in a local or regional level, or discourage it when supplies are plentiful.
Posted by robwire at 8:03 AM Links to this post

Rise of the smart farm: get ready for satellite-controlled cows | Guardian Sustainable Business | The Guardian

Rise of the smart farm: get ready for satellite-controlled cows | Guardian Sustainable Business | The Guardian: Improving the accuracy of weather forecasting is just one of the advantages satellites can provide agriculture. Satellites are being used for everything from soil quality monitoring for arable farmers to thermal imaging for aquaculture and are hastening the arrival of the “smart farm” – where technology and data help increase efficiency.
Posted by robwire at 7:23 AM Links to this post

3 Big Things Today, ... | Crops News | Agriculture: Soybeans May Rise as Exports Likely Remained Strong
Soybeans may rise as investors see value in the commodity, which hovered around a three-week low yesterday.
Exports and sales of U.S. soybeans has been strong the past few weeks. Exporters sold 2.09 million metric tons of soybeans in the week that ended on Oct. 22 for delivery in the current marketing year, up 19% from the prior four-week average, the Department of Agriculture said in a report yesterday.
Posted by robwire at 7:22 AM Links to this post