Everywhere in Northeast LA Now Has a Median Housing Price Above $600k - State O' the Market - Curbed LA: Last month, the Los Angeles housing market experienced it's smallest price gains in three years, but you wouldn't know it in some neighborhoods. Redfin has released the data for LA housing sales in September, and it's becoming clear where people want to live these days: Northeast LA, along with hipster fave Echo Park, absolutely dominated the housing market last month, and all signs point to that trend continuing in the future. The median housing price is now above $600,000 in every single Northeast LA neighborhood, and most places don't last on the market longer than 15 days.
Posted by robwire at 6:14 PM Links to this post

America's economy is in the Twilight Zone - Oct. 27, 2015: America is stuck in low-gear, something we really haven't seen before. It's moving forward, but at a disappointing pace.
"We seem to be in this Twilight Zone between boom and bust," says Ed Yardeni, president of Yardeni Research.
Consider the numbers: America averaged over 3% growth a year from 1969 to 2007. Lately, the U.S. is stalling at just over 2% GDP.
Posted by robwire at 6:13 PM Links to this post 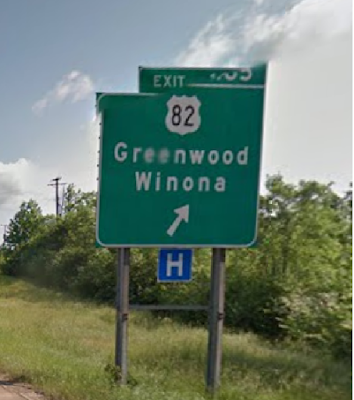 According to Courtney Cronin of the�Clarion-Ledger, the Starkville, Mississippi, native decided to play for the Bulldogs after also considering offers from Arizona State, Memphis, Miami (Florida) and Ohio State.
Posted by robwire at 5:19 PM Links to this post

Coley signed with the Saints as an undrafted free agent out of Virginia in May and played well in training camp. But he was waived after failing to make the team and did not latch on with another club.
Posted by robwire at 5:19 PM Links to this post

Real Estate Practices You Should Avoid

Real Estate Practices You Should Avoid: Both the buyer and seller face huge disadvantages when it comes to most real estate transactions. Both the seller’s realtor and the buyer’s realtor are professionals in the industry while the buyer and seller only get into these major transactions a few times in their entire life. There are some critical aspects of these deals that both buyers and sellers need to be aware of to protect their interests in any real estate transaction.
Posted by robwire at 5:04 PM Links to this post

Fair Farmland Rental Agreements Addressed In 44 Statewide Workshops | Farms.com: Average corn and soybean budgets for cash-rented farmland will be unprofitable in 2015, according to projections based on currently available input costs and market prices.

To assist agricultural landowners, renters, agri-business professionals and others, University of Minnesota Extension educators will present 44 workshops throughout the state during November and December. A complete schedule for the “What is a Fair Farmland Rental Agreement?” workshops is here and also at z.umn.edu/10lp. No registration is required.

Rents are the major input cost for soybeans and corn, accounting for 44.5 percent and 28.5 percent, respectively. Landlords with increasing property taxes increased rental rates during record prices. Now, they are trying to play catch up when budgets do not support current rental rates and other input costs.
Posted by robwire at 12:49 PM Links to this post

Agweek visited with the presidents of the South Dakota Farm Bureau and the South Dakota Farmers Union, the two general farm organizations that aren’t specific to a commodity or a species of livestock. The organizations differ in emphasis, but agree on certain things. Significantly, both say ethanol will be important to the region, and will weather the financial storm.

Scott VanderWal, president of the SDFB since 2004, operates a third-generation family farm, raising soybeans and corn, with some custom cattle-feeding and custom harvesting near Volga, S.D., which is about 8 miles west of Brookings, S.D.
Posted by robwire at 12:48 PM Links to this post

Whether these farmland prices will produce adequate returns for their new owners will depend on many factors going into the future. Certainly, the downturn in farm commodity prices this year is having a major impact on farmland values. The USDA predicts a 36 percent drop in net farm income this year, due to corn values down an estimated $7.1 billion, soybeans down $3.4 billion and wheat off $1.6 billion.
Posted by robwire at 12:46 PM Links to this post

Iowa land for sale | Lee County | John Yeomans
Posted by robwire at 11:42 AM Links to this post

Reflections on writing, New Orleans and family, in the words of Christopher Rice | Examiner.com

Reflections on writing, New Orleans and family, in the words of Christopher Rice | Examiner.com: Author Christopher Rice is New Orleans royalty, son of the gifted poet/painter Stan Rice and the first lady of Gothic literature, Anne Rice. Remarkable in his own right, Christopher had written four New York Times bestselling novels by the age of 30, received a Lambda Literary Award, been twice nominated for the Bram Stoker Award, and made the list of People's Sexiest Men Alive. Christopher is co-host of the live comedy variety radio show, The Dinner Party Show.
Posted by robwire at 11:20 AM Links to this post

Walc is a new app that helps you get places with landmark-based directions like 'take a right at the McDonald's' - Yahoo Finance: Walc is a new app built around the concept of landmark-based directions.
Instead of telling you to walk down a street for 0.3 miles, Walc asks you, “Do you see the Mcdonald's?” Then it tells you to walk toward it and take a right.

It's a concept that is instantly recognizable, as it mimics the way we give directions in person. But the question is whether this age-old paradigm provides anything of actual value that Google Maps doesn’t.
Posted by robwire at 11:18 AM Links to this post

Ballet Memphis Returns to The Joyce Theater This Weekend

Ballet Memphis, under the artistic direction ofDorothy Gunther Pugh, will return to New York City's Joyce Theater (175 Eighth Avenue) for the first time since 2007 for a limited run this October. Performances begin tonight, October 27th and run through Sunday, November 1st. Tickets start at $10.
Ballet Memphis will present six original works in repertory during the run, all commissioned by and created on Ballet Memphis. These works will include Matthew Neenan's The Darting Eyes: Moving Currents (2014) and Water of the Flowery Mill (2011); Julia Adam's Devil's Fruit 2 (2013); Gabrielle Lamb's I Am A Woman: Moult (2015); Politics (2014) created by Ballet Memphis Company member Rafael Ferreras Jr; and Confluence (2012) created by Ballet Memphis Artistic Associate and Company member Steven McMahon.
http://www.broadwayworld.com/bwwdance/article/Ballet-Memphis-Will-Return-to-The-Joyce-Theater-1027-111-20151026#

Posted by robwire at 8:21 AM Links to this post

The Memphis groups began arriving over the weekend with plans to stay through the week for strategic meetings, discussions and general sales of all things Memphis. The organizations will work together to promote the city’s arts, tourism and economic development opportunities.
Posted by robwire at 8:19 AM Links to this post

TEACHABLE MOMENTS: The making of a scientist - News - The Destin Log - Destin, FL

TEACHABLE MOMENTS: The making of a scientist - News - The Destin Log - Destin, FL: Having read The Boy who Played with Fusion and Breakthrough: How One Teenager is Changing the World, two biographies of successful teenage scientists, I can say with certainty that parents make a difference. Sharing some common actions these parents took that helped their children develop into top notch scientists at a very early age might be helpful for other parents.
Posted by robwire at 8:18 AM Links to this post

21 Birmingham Events & Happenings: November 2015: Birmingham’s November calendar is teeming with exciting events, the leaves are brilliant and the weather is absolutely glorious, so get out and enjoy our city!
Posted by robwire at 8:17 AM Links to this post

New Bridge, Road to be Built in Orange Beach

New Bridge, Road to be Built in Orange Beach: Already being changed with the construction of a travel plaza, the intersection of Foley Beach Express and County Road 8 will soon be the starting point of a new road that will cut through forest and farmland as it heads south to the Intracoastal waterway.

“We expect to take that to contract by the middle of the year,” says Alabama Department of Transportation director, John Cooper.
Posted by robwire at 8:13 AM Links to this post