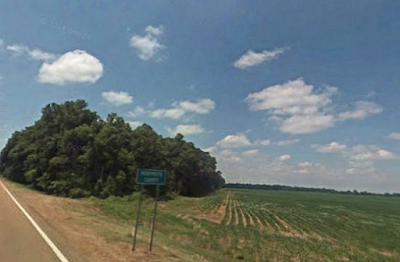 We need listings on land for sale in Humphreys County, Mississippi. We have several clients interested in hunting and timber land tracts and several who are interested in Mississippi Delta row crop land in Humphreys, Holmes and other counties. Contact us at Robert W. Neill, Jr., Real Estate Broker, 662-237-6969(Landline) 601-519-0075 (Text or Talk) 504-613-0025 (Text or Talk) or via the contact form on this page.
Posted by robwire at 4:49 PM Links to this post

Saints keep Colts in check, hold on for 27-21 victory

Saints keep Colts in check, hold on for 27-21 victory: Drew Brees threw for 255 yards and one touchdown, Khiry Robinson ran for two scores and the New Orleans Saints held off the Indianapolis Colts' late comeback try for a 27-21 victory Sunday.

New Orleans (3-4) has won three of its last four. Indy (3-4) still leads the AFC South despite losing its second straight.

Brees finished 28 of 44 and was helped by a running game led by Mark Ingram, who ran for 143 yards and one score as New Orleans took a 27-0 lead.

But Andrew Luck and the Colts wouldn't go away. He threw TD passes of 87 and 46 yards to T.Y. Hilton and an 8-yard TD pass to Donte Moncrief with 3:46 left to make it 27-21. Indy could not recover an onside kick and Brees ran out the clock.
Posted by robwire at 4:11 PM Links to this post

The Saints scored the first 27 points of the game, and then held on for the 6-point win, giving them back-to-back wins for the first time since October of 2014.

New Orleans scored the first points of the game, when Khiry Robinson capped off a 10-play, 72-yard drive,�with a 1-yard touchdown, plunge, giving them a 7-0 lead at the 2:31 mark of the first quarter.

The touchdown was set up by a 25-yard pass from Luke McCown to Benjamin Watson on a fake field goal.

The Saints, and Robinson, scored again, on the first play of the second period, this time on a 6-yard touchdown run, completing�a 5-play, 23-yard drive, to extend their advantage to 14-0.
Posted by robwire at 4:10 PM Links to this post

After ugly start, Colts' rally comes up short against Saints

After ugly start, Colts' rally comes up short against Saints: The Colts had the NFL's sixth-ranked scoring offense last season. What a difference a year makes.�

The Colts were shut out in the first half for the third time this season in Sunday's 27-21 loss to the Saints at Lucas Oil Stadium.
Posted by robwire at 4:09 PM Links to this post

Africa is in grave danger from the global economic slowdown - Telegraph

Africa is in grave danger from the global economic slowdown - Telegraph: Nowhere in the world is more at risk from the combination of Chinese economic slowdown, low commodity prices and imminent rises in US interest rates, than Africa. There is now a serious question over whether many African economies can achieve rapid growth in the years ahead or whether they are due to sink back into mediocre performance, thereby condemning their people to a continued low standard of living.
The fact that this question now needs to be asked may come as a shock. Not long ago Africa was growing very strongly. Indeed, many good judges saw it as due to repeat the sort of economic take-off accomplished by several countries in east Asia a few decades previously.
Posted by robwire at 1:31 PM Links to this post

The Debt Cycle And Rhymes Of Lehman Brothers | Seeking Alpha

The Debt Cycle And Rhymes Of Lehman Brothers | Seeking Alpha: History doesn't repeat itself, but it rhymes they say. Malinvestment cycles do repeat with a different line-up of giant companies pretty much doing the same dangerous things with a different toy in each cycle. In the last cycle, it was years of cheap credit inviting malinvestment in houses and a house price bubble. In what is looking like a repeat cycle, the crash from the house cycle necessitated an aberrant zero interest rate credit binge for years inviting a present malinvestment run in the insatiable commodity appetite of China and all of the EM world. Same cycle, different toy. We've gone from empty houses being built in the US to empty cities being built in China
Posted by robwire at 1:30 PM Links to this post

Downturn in commodity prices creates a challenge for near future | TheFencePost.com

Downturn in commodity prices creates a challenge for near future | TheFencePost.com: Up until a few years ago, there was a near decade long run of good times for agricultural producers. With commodity prices trending significantly lower in 2015 (the USDA forecasted a 20-30 percent downward estimate for many agricultural commodities), the economic climate for farm and livestock producers in the region may not hearken back to the bad times of the 1970s-1980s, but farmers and ranchers should be prepared for tight margins.
Posted by robwire at 1:29 PM Links to this post

They aren’t the typical sources of honking in Worcester; but the permanent protection of the city’s last working farm ensures that the geese, sheep, and humans enjoying Donker Farm have a safe future.

“Who’da thunk it in little old Worcester, you know?,” said Colin Novick, executive director of the Greater Worcester Land Trust, which is preserving the farm.

Donker Farm currently houses three sheep, five geese, a flock of about 30 chickens and two standard poodles named Billy and Bobby, the latter of whom alternately protects the animals from being eaten or harassed by coyotes and playfully harasses the geese himself.

Posted by robwire at 9:44 AM Links to this post

Ole Miss Rebounds with Win vs. Texas A&M, Still Controls Its Destiny in SEC West | Bleacher Report: After getting blown out by Florida earlier in the month and then getting worked on the road by Memphis of the American Athletic Conference last week, Ole Miss was down.

It wasn't out, despite injuries to defensive linemen Robert Nkemdiche and Issac Gross, linebacker C.J. Johnson, safety Tony Conner and center Robert Conyers.
Posted by robwire at 9:40 AM Links to this post

Mississippi State vs. Kentucky: What we learned from Bulldogs' 42-16 win over Wildcats | AL.com

Saints vs. Colts 2015 live stream: Start time, TV schedule and how to watch online - SBNation.com: The NFL is an unpredictable league, but one thing seems to be certain heading into Week 7: the Indianapolis Colts will probably put the trick plays on ice for a little bit.

The Colts have spent the last week talking about what went wrong during their embarrassing fake punt attempt last Sunday night, but somehow each explanation�makes it worse. Punter Pat McAfee said Tuesday that safety Clayton Geathers, not wide receiver Griff Whalen, was supposed to be involved in the play. But Geathers got hurt in the second quarter, and Whalen took his place despite never having practiced the fake and apparently being unaware whether he was supposed to snap the ball.
Posted by robwire at 9:38 AM Links to this post

Farm Tenant Outlook for 2016: The University of Illinois Extension Service has a video up this week on the situation facing many farmers across the county who lease land.
Posted by robwire at 9:37 AM Links to this post

HOUSTON, Oct. 25 (UPI) -- Parts of Louisiana and Mississippi are under flash flood watches Sunday after remnants of Hurricane Patricia moved across southeastern Texas with a deluge of rain.

Posted by robwire at 8:54 AM Links to this post