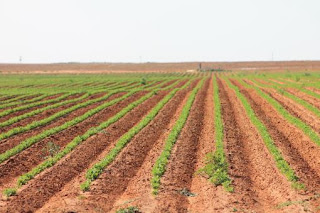 We need listings on land for sale in Holmes County, Mississippi. We have several clients interested in hunting and timber land tracts and several who are interested in Mississippi Delta row crop land in Holmes and other counties. Contact us at Robert W. Neill, Jr., Real Estate Broker, 662-237-6969 (Landline) 601-519-0075 (Text or Talk) 504-613-0025 (Text or Talk) or via the contact form on this page.
Posted by robwire at 8:09 PM Links to this post

What Happens When a For Sale By Owner Meets the Apprais

An interesting piece on what can happen when a seller does not use a real estate to represent them.

What Happens When a For Sale By Owner Meets the Apprais: You can tell sellers until you are blue in the face that having representation on their side of the transaction will help them make more money, but there are those that think going For Sale By Owner (FSBO) is easy as pie and a way to cut half the commission they would be paying out. �They�see two commissions on a net sheet, one for a Buyer's Agent and one for theListing Agent and think, "No way am I paying that much for an agent. �I'll do it myself and only have a Buyer's Agent to pay." �Well, here's a real life tale from the FSBO files.
Posted by robwire at 5:37 PM Links to this post

Real estate start-up 'oversubscribed' with local, national investors :: Editor's Blog at WRAL TechWire: SoloPro may be Tommy Sowers' first startup, but he's got years of experience leading teams, training people, communicating a mission and raising millions of dollars for a cause.

The man attempting to unbundle the home-buying process – who announced the latest investors in a $1.6 million venture capital round Thursday – did all those things as a former Green Beret and U.S. Army Special Forces Officer, a London School of Economics Ph.D. who taught at the U.S. Military Academy at West Point and his alma mater Duke University, a candidate for the U.S. House of Representatives in Missouri and Assistant Secretary for Public and Intergovernmental Affairs at the U.S. Department of Veterans Affairs. He has his own Wikipedia page�(though SoloPro isn't on it yet).
Posted by robwire at 12:28 PM Links to this post

A New Service Shows Where — And Why — Chinese Want to Buy Homes Abroad - China Real Time Report - WSJ: Real estate agent LuLu Sun, right, escorts Bao Fang, a potential buyer from Shanghai, during an inspection of a property for sale in the Sydney suburb of Vaucluse, Australia, July 11, 2015. Reuters
As Chinese citizens continue their home-buying spree abroad, governments, banks, real-estate firms and other companies want to know more about what they want.

To shed light on these consumers, Chinese property portal�Juwai.com�has launched a new data service that draws insight from the company’s 2.6 million monthly visitors and its more than 45,000 members.
Posted by robwire at 12:27 PM Links to this post

Katy Perry Real-Estate Battle, Nuns, Catholic Church | Billboard: Beyond the gated, hilltop entrance of 3431 Waverly Drive --�a lush eight-acre estate in the Los Feliz section of Los Angeles --�sits a former convent, where today Sister Catherine Rose Holzman, 86, has come to meet with Billboard. With her thin, white hair pressed back into a cornette, she glances around the parlor, bare except for a rare Aeolian organ previously used for grand church functions. For 40 years, this was home to the California Institute of the Sisters of the Most Holy and Immaculate Heart of the Blessed Virgin Mary. Now, none of the order’s remaining five nuns live here. Holzman only stops by weekly, usually to go over paperwork with the property manager. Peering through a window, she points to an adjacent building where her bedroom once was.
Posted by robwire at 12:26 PM Links to this post

The Realities Of The Real Estate Technology Sprawl | TechCrunch

The Realities Of The Real Estate Technology Sprawl | TechCrunch: The Federal Reserve values U.S. real estate at an estimated $40 trillion, making it the largest asset class in the country. So it shouldn’t surprise us that, as TechCrunch recently reported, in the last quarter of 2014, venture funding of real estate tech firms reached nearly $300 million.

Venture capital firms that back the likes of Uber, Instagram and Buzzfeed are pouring money into rising tech startups. Residential listing and brokerage app Compass (formerly known as Urban Compass) was recently valued at $360 million and has lured top talent from tech giants like Google and Twitter. Redfin reinvented real estate brokerage by combining advanced technology with full-service brokers and raised $71 million in their latest round. And while there has been significant progress in commercial (and even single-family) real estate technology, with companies like Compass, Hightower, CompStak and Redfin, to name a few, there are still big gaps in certain areas, and problems to be solved.
Posted by robwire at 12:25 PM Links to this post 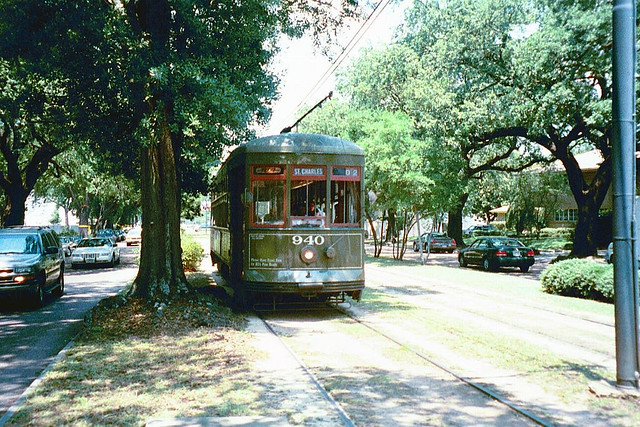 Hundreds of rentals are listed daily for New Orleans, Metairie, and nearby areas under Apartment Hunters on the NOLARealEstateAgents.Com web site.  Apartments, houses, condos, doubles, townhouses, lofts, and guesthouses in all area of the metro area.
Posted by robwire at 11:27 AM Links to this post

The Originals "I'll See You in Hell or New Orleans" Season 3 Episode 3 | TV Equals: The Originals “I’ll See You in Hell or New Orleans” Season 3 Episode 3 airs Thursday, Oct 22 at 8:00 PM on The CW. In tonight’s episode, with tension running as high as ever, Klaus (Joseph Morgan) and Elijah (Daniel Gillies) are forced to come together in order to uncover Lucien’s (guest star Andrew Lees) true motives in New Orleans. Cami (Leah Pipes) is caught off guard when she finds herself face to face with Lucien and is surprised when he reveals some unexpected information about his past with Klaus. Elsewhere, a mysterious figure presents an enticing offer to Marcel (Charles Michael Davis), while Hayley (Phoebe Tonkin) turns to an unconventional way of coping with her current situation. Finally, an old acquaintance from Elijah’s past arrives in New Orleans and delivers some startling news involving the growing threat to the Mikaelson siblings.
Posted by robwire at 10:34 AM Links to this post

Saints vs. Colts: Full New Orleans Game Preview | Bleacher Report: The New Orleans Saints will look to make it two wins a row Sunday afternoon, as they hit the road for a Week 7 matchup with the Indianapolis Colts.

New Orleans (2-4) is coming off an impressive 31-21 home win against the Atlanta Falcons last Thursday night. Coach Sean Payton and the Saints are now eyeing their first road win of the season, and they’re also trying to crawl out of the cellar in the NFC South.
Posted by robwire at 10:33 AM Links to this post

USDA expands drought aid in Louisiana, Mississippi | The Olympian: Farmers and ranchers in two-thirds of Louisiana's parishes and nearly 60 percent of Mississippi's counties are now eligible for drought disaster aid, the U.S. Department of Agriculture said.

In a news release Wednesday, the department named 25 Louisiana parishes as primary drought disaster areas. Another 16 are eligible because they're adjacent to those parishes. Eight of those 41 parishes also are contiguous with primary disaster areas in Mississippi.
Posted by robwire at 7:28 AM Links to this post

Louisiana Book Festival 2015: Everything you need to know to go | NOLA.com

The festival, which is organized by the Louisiana State Library every fall, celebrates its 12th year on Oct. 31, with a full array of book readings, author chats, workshops, kids' activities, music and book signings and sales on the grounds in front of the Capitol.�
Posted by robwire at 7:28 AM Links to this post