JACKSON, MISS. – A Jackson favorite is closing its doors for good Sunday and no one is explaining why.
Customers got one last taste of their Julep favorites over the weekend. The restaurant and bar will shut down for good Sunday night at 10.
We talked with the restaurant owner, who did not want to go on camera and refused to answer questions about the decision. A manager on staff confirmed that they were in fact shutting down.
http://wjtv.com/2015/10/04/julep-restaurant-shuts-down/
Posted by robwire at 9:04 PM

The hosts tout two wins but are without Dez Bryant for an extended period of time and quarterback Tony Romo until at least Week 11. It showed on the field last week in a 39-28 loss to the Atlanta Falcons.

For the visitors, an 0-3 hole is second in concern only to the health of quarterback Drew Brees, who missed last week's 27-22 loss to the Carolina Panthers.

Health and records aside, the NFC-wide implications of this affair aren't hard to figure out. Here's a look at everything to know about the contest.
Posted by robwire at 3:00 PM

Saints coach Sean Payton on future: 'We're turning pages,' but still much left to finish | NOLA.com: New Orleans Saints�coach Sean Payton�spoke about Hurricane Katrina, his 2012 suspension and the future of the team in an interview with NBC's Bob Costas that will air Sunday night before the Saints play the Dallas Cowboys.

While reminiscing about the�Saints' Super Bowl in 2009, Payton said he doesn't believe the book has been closed on the franchise's run of success.

"I feel like we're turning the pages and we've still got a big chunk in this book left. There's a lot more here," he said, according to advance quotes provided by NBC.
Posted by robwire at 2:59 PM

"No, not at all," Philbin told reporters in London after a 27-14 loss to the New York Jets at Wembley Stadium. "I'm worried about getting this team straightened out and fixed and getting our team ready to play the Tennessee Titans."
Posted by robwire at 2:58 PM 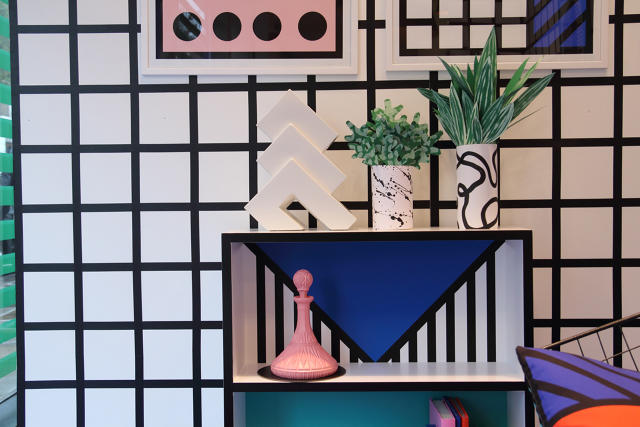 The collection includes pillows, floor cushions, plates, mugs and a selection of furniture with a dizzying array of dots and dashes, color blocks and bold geometric designs. In collaboration with Dale Kirk, Walala created a series of a modular shelves that come in square, triangle and rectangle shapes and can stand alone or stack on top of each other.
Walala's bold graphic patterns and overtly geometric shapes are a nod to the Memphis movement, which has been making somewhat of a resurgence as of late. Like many young designers taking cues from the postmodern movement, Walala grew up during its heyday. Walala was raised in the South of France in her mom's warm, colorful house, full of bright patterns and a lot of African influence. Her dad, an architect, had a style that was much more minimal, but the angles of his work intrigued her.

Swamp Shocker! No. 25 Florida upsets No. 3 Mississippi 38-10 - Roanoke Times: Sports Wire: Grier threw four touchdown passes — all in the first half — and No. 25 Florida upset third-ranked Mississippi 38-10 on Saturday night to give coach Jim McElwain a signature win in his first season in Gainesville.
"You don't downplay it," McElwain said. "That was a good football team we beat. That was really a good football team, and our guys took it to them."
Grier was one of more than 20 players who battled a stomach virus during the week. Grier was feeling so ill Thursday and Friday that the Gators (5-0, 3-0 Southeastern Conference) considered giving Treon Harris the nod. Grier made enough progress to start and was sharper than ever.
Posted by robwire at 8:06 AM