Buntyn's yeast rolls and peach cobbler will be back before long. Mike Wiggins, son of former Buntyn owners Milton and Betty Wiggins, is opening Buntyn Corner Cafe in White Station Tower, hopefully in November. He's leased the space but is delaying the opening until he recovers from surgery scheduled next month.

http://www.commercialappeal.com/blogs/entertainment/go-eat/Scaled-down-version-of-Buntyn-Restaurant-to-open-328896271.html
Posted by robwire at 7:14 PM Links to this post

Build a beach house, get a tax break from Gulfport

GULFPORT -- It's possible to build a house on some of the priciest property in Gulfport and live in it for seven years without paying city taxes -- at least on the house itself.
Gulfport officials said the city tax-incentive program is new to Mississippi. They are trying to bring businesses and residents back to the beach, where 2005's Hurricane Katrina left so many empty lots.
"I think we're the first ones" to offer the tax break, Urban Development Director Greg Pietrangelo said. "We had to go through extensive discussions with the Attorney General's Office to make sure what we are doing is legal."
http://www.sunherald.com/2015/09/22/6428685_build-a-beach-house-get-a-tax.html?rh=1

Posted by robwire at 9:14 AM Links to this post

Superlo Finds Winning Formula in Sticking to the Basics Randy Stepherson recalls the advice his father once gave him.
It’s a bit of wisdom that on the surface was meant to help him navigate everyday life but which also reflects Stepherson’s conservative, no-frills approach to business.
http://www.memphisdailynews.com/news/2015/sep/23/memphis-based-superlo-finds-winning-formula-in-sticking-to-the-basics/
Posted by robwire at 9:02 AM Links to this post

Natchez Trace Parkway: Imagine: An open road, the top rolled back, the windows down, pastoral views drifting by, with your favorite tunes streaming from your stereo. Once the Greatest Generation refocused on home life after World War II, they were able to, “See the USA in your Chevrolet.” Highways and byways meant relaxation, recreation, all with a backdrop of roadside nostalgia.

While those push-button dashboard radios of the 1950s are now antiques, the American music of that era can still be found along the Natchez Trace Parkway. Starting in Nashville, Tennessee, then south to Natchez, Mississippi, take your wheels and cruise from Music City to Muscle Shoals, Alabama, for blues, then end up at the boyhood home of Elvis Presley in Tupelo, Mississippi.

The Natchez Trace is, literally, an All-American Road; rich in heritage, history, and culture. It ties together the heart of the American Music Triangle; a cross-section of three states where blues, jazz, Cajun, bluegrass, and even rock ‘n roll were born and are embedded in the countryside.
Posted by robwire at 8:57 AM Links to this post 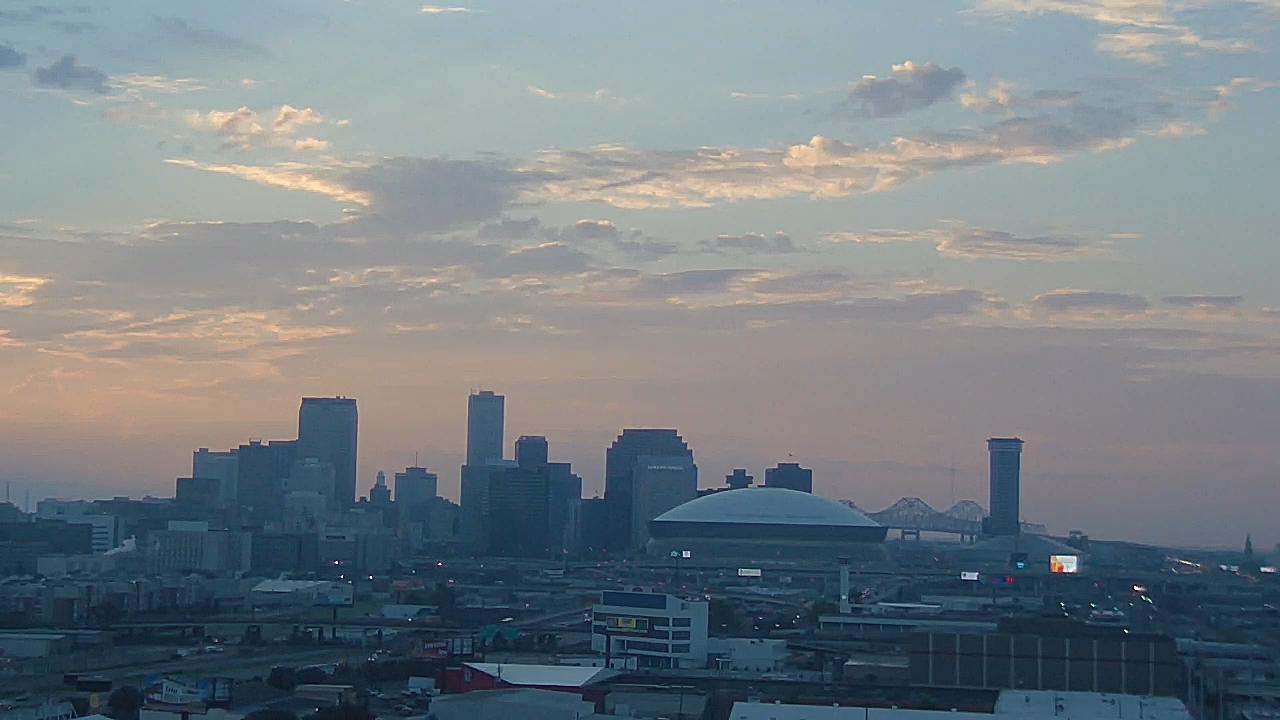 Photo: Fox8
Posted by robwire at 8:27 AM Links to this post