Ole Miss jumps to No. 3 in AP poll with big win over 'Bama - MSNewsNow.com - Jackson, MS

Ole Miss jumps to No. 3 in AP poll with big win over 'Bama - MSNewsNow.com - Jackson, MS: Mississippi is on the rise again after knocking off Alabama in a game full of turnovers and lucky bounces.

Additional Links
Slideshow: Week 3 in the SEC
What We Learned from the SEC in Week 3
The Rebels ran off to a big lead and then held on for a 43-37 win in Tuscaloosa on Saturday night that made a huge impression in the college football rankings.

Southaven among top cities for eats 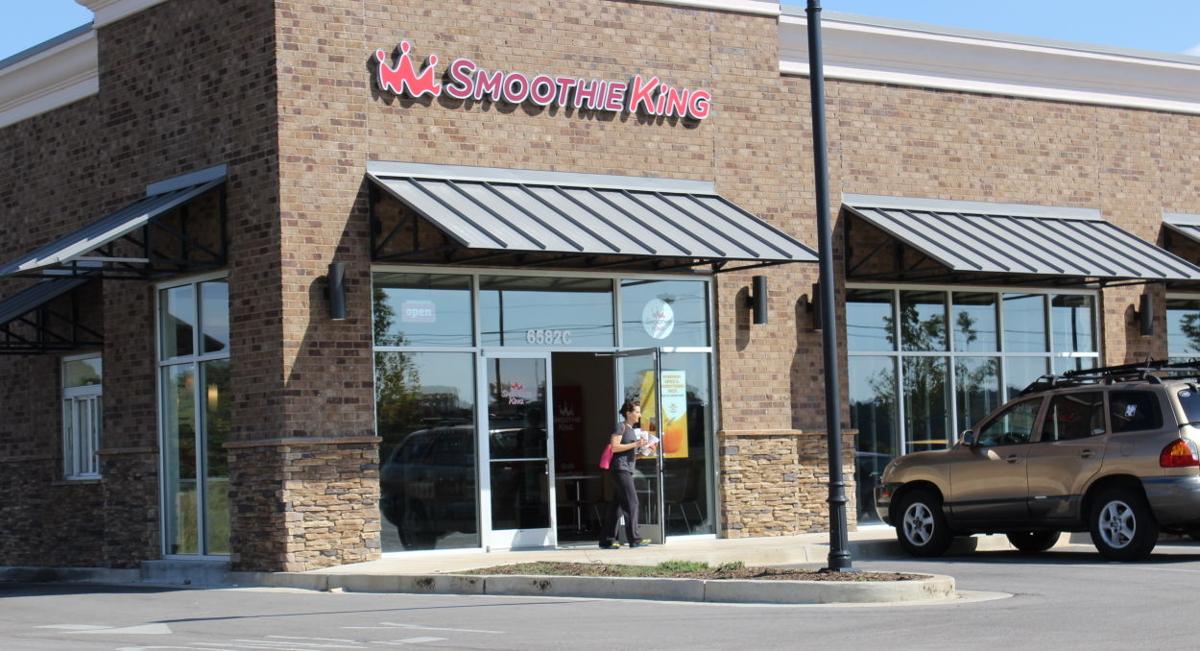 Among the top ten cities to start a new restaurant, according to a financial website called NerdWallet.com, are places like Franklin, Tenn., Smyrna, Ga., Frisco, Texas, Milpitas, Calif. and….. Southaven.
The DeSoto County city was recently ranked 10th among American cities for new eateries and a number of franchises are looking to start or expand its market reach into Southaven.
http://www.desototimes.com/business/southaven-among-top-cities-for-eats/article_143affde-5e51-11e5-9c77-630868445c61.html

Posted by robwire at 5:13 PM Links to this post

Winston wins for first time as Bucs QB, 26-19 over Saints - US News

Winston wins for first time as Bucs QB, 26-19 over Saints - US News: ameis Winston passed for a touchdown and ran for another, and the Tampa Bay Buccaneers held on to defeat the mistake-prone New Orleans Saints 26-19 on Sunday.

Winston, who was intercepted twice and sacked four times in a losing NFL debut at home a week earlier, remained largely composed in the hostile Superdome. He completed 14 of 21 passes for 207 yards and was not intercepted. He lost one fumble, but the Saints couldn't cash in, missing a 42-yard field goal.

His touchdown pass was a 15-yarder to Vincent Jackson.

The Saints turned the ball over twice on fumbles — one each by running back Mark Ingram and receiver Willie Snead — and once on Chris Conte's interception of Drew Brees. Still, New Orleans had two plays to tie it from the Bucs 27 in the final 8 seconds, but both passes fell incomplete.
Posted by robwire at 5:10 PM Links to this post

Cats In The Window 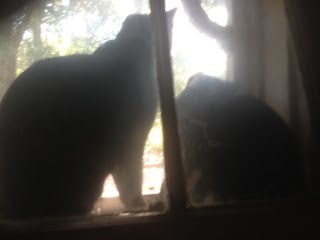 Posted by robwire at 3:19 PM Links to this post

The sweet science: Saints need to master the art of the pass rush Sunday against Tampa Bay | Saints | The Advocate — Baton Rouge, Louisiana

The sweet science: Saints need to master the art of the pass rush Sunday against Tampa Bay | Saints | The Advocate — Baton Rouge, Louisiana: A single, overwhelming burst of athleticism, a spontaneous combustion of pure athletic ability that ends with the destruction of a quarterback.

But rushing the passer is so much more complicated than it appears.

At the NFL level, the pass rush is every bit the sweet science that boxing can be. A great pass rusher has to approach every game like a heavyweight bout: a long game of preparation, strategy and counter moves that sometimes culminates in a single act of domination.
Posted by robwire at 12:22 PM Links to this post

Sunday Night Football Seattle Seahawks at Green Bay Packers Start Time, NFL Odds - News - Stories - Pregame.com: The Green Bay Packers host the Seattle Seahawks on Sunday Night Football. The game is scheduled for an 8:30 p.m. start time and it will be televised nationally on NBC. Currently the NFL Odds for the game have the Packers favored by about a field goal to pick up the win.

Seattle and Green Bay have played some memorable games in recent history. The Packers are looking to get some payback from last year, when Seattle claimed a pair of victories against them. The Seahawks beat up on Green Bay to open the season and also claimed a win in the NFC Championships game, en route to a Super Bowl loss to the New England Patriots.�

Russell Wilson and the Seahawks are obviously still a great team, but without Kam Chancellor on the field Seattle looked poor defensively last week. Playing in the early game on the East Coast is always tough for a team from out West, and the Rams defense has a terrific front seven, but Seattle gave up 34 points last week to a team led by Nick Foles. The Rams did get a touchdown on a punt return from Tavon Austin, but Seattle should not be happy about allowing St. Louis to go 12 plays and 84 yards down the field in just under four minutes to tie the game late.�
Posted by robwire at 12:20 PM Links to this post

Time’s now for Eli Manning to show he’s worth $84 million | New York Post: There was a time when he didn’t look like he would make it here, when the boobirds let him hear it. He was too easygoing for this market. His body language inspired no confidence. He wasn’t a leader. He wasn’t his brother.
No one could see the winner within Eli Manning.
The $84 Million Quarterback let New York down against the Cowboys.
The $84 Million Quarterback comes back home for the home opener against the Falcons with a mandate ready to pick New York back up.
Posted by robwire at 12:19 PM Links to this post As we've mentioned before, cell service providers are moving away from contracts and the subsidization model that many shoppers are familiar with. And as a result, many of us may have to pay full price for our next phone. With this drastic change to the pricing landscape, it begs the question: How will this affect phone deals?
Well, the first promotion for the iPhone 6s might have given us our answer.
http://www.csmonitor.com/Business/Saving-Money/2015/0920/What-the-first-iPhone-6s-deal-means-for-future-iPhone-prices
Posted by robwire at 8:07 AM Links to this post

Will Mississippi mark its rich literary trail?: Mississippi has 218 markers on trails honoring its heritage in blues and country music, but there is no trail for literary luminaries ranging from Noble Prize-winning author William Faulkner in Oxford to Gulfport’s Natasha Trethewey, the nation’s two-time poet laureate.

“Mississippi has arguably the richest literary tradition of any state in the nation,” said Bill Ferris, who has chronicled many of the state’s creative souls in his books. “Richard Wright, Eudora Welty, Tennessee Williams and William Faulkner rank among the finest writers in the English language.”
Posted by robwire at 7:50 AM Links to this post

Mississippi unemployment rate dips in August, but payrolls also fall, giving: Total employment has increased to nearly 2.1 million people and during the past year the state's labor force has grown by nearly 52,000 workers. Employment was up in 32 states vs. July and decreased in 18 states and the District of Columbia.
Posted by robwire at 7:49 AM Links to this post

Memphis Grizzlies: How To Work Around The Age Issue

Memphis Grizzlies: How To Work Around The Age Issue: The Memphis Grizzlies have reached the moment when the age of players may impact their competitive capacity. This is an inevitable aspect of continuity, as Marc Gasol, Mike Conley and Zach Randolph went from being part of an intriguing quartet with Rudy Gay in 2010-11 to a limited trio with two players possessing age or injury issues.
Posted by robwire at 7:46 AM Links to this post

AP News : vcstar.com : Ventura County Star: TUSCALOOSA, Ala. (AP) -- With a desperation fling and an array of big plays, Chad Kelly and No. 15 Mississippi ended a quarter century of futility at Bryant-Denny Stadium.

Kelly completed a deflected 66-yard touchdown pass and added two more long ones in the fourth quarter, and the Rebels held on to beat No. 2 Alabama 43-37 on Saturday night.

The Rebels (3-0, 1-0 Southeastern Conference) left the topsy-turvy game with their first victory in Bryant-Denny Stadium since 1988, and second straight in a one-sided series. The Crimson Tide (2-1, 0-1) had been 25-1 in Tuscaloosa against Ole Miss and had never lost two straight in the series.
Posted by robwire at 7:45 AM Links to this post